During the club’s more than 50-year-old competition history, a number of very good cyclists have run in the club’s colors. Among the major victories are Uno Borgengårds SM victory 1957 and Susanne Ljungskog’s repeat of the company 1998 when she won the SM line race over 93 kilometers in Vårgårda in the hck-jersey.

In the early years, they experimented quite well with different own competitions. Among other arranged to a 2 days race between Uddevalla and Gothenburg together with Uddevalla CK.
But it was with the international competition West Coast 3-day one for a number of years, managed to get to a race that had international reputation.

More information about our competition history and history on Wikipedia 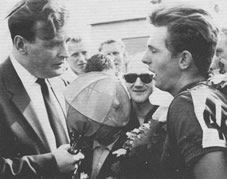 Uno Borgengård is interviewed by Sven Plex Pettersson after the SM victory in 1957. 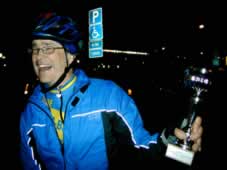